By Anna Nadolna, SUPer Whale Founder
You know that line from the indie movie ‘Igby goes down’: ‘She’s a dancer who doesn’t dance and her friend is a painter who doesn’t paint”? Yeah, Tadziu is just like that. He’s a SUP pup who hates water and supposedly “the nicest” rescue dog at the centre, which he apparently was until he “got out”. He seems cute and all but in reality he is sizing up just about anyone he meets on his path. He’s been dubbed the DUDE eater for a reason – he had a go at the UK’s SUP legend, Jay JSUP Manning, and his famous ‘Hey Dude Shoes’ to start with…

Meet #TadziutheDude aka #DUDEeater, the ten-year old rescue dog from Poland and the SUPer Whale squad member with barely any teeth left and a character that always delivers (sic!)

We can track back only five years out of the ten of his life. He was found by the amazing girls and founders of Fundacja Zwierzęce SOS, Marcelina and Anna, in one of the local dog shelters in Poland. At the time, he lived in a cage with another dog. He was so terrified of people that the girls didn’t even realise that there was another dog hiding in the kennel.

Tadziu was among those hundreds of “invisible dogs” as the girls call them – you know, the old and odd-looking ones that don’t really stand a chance when it comes to adoption, cause majority of people want a puppy or a certain breed. Dogs in that shelter were pretty much constrained to their cages and it’s been the girls’ ambitious mission to re-home as many as they can. Just get the dogs out of those cages into at least temporary “foster” houses. That’s how they met Tadziu and started to pet him and taking him for short walks and eventually featured his story on their Facebook page.

I saw his pictures back in 2016. Tiny, chunky, and weird looking – that’s how Tadziu caught my eye. He seemed out of place among bigger dogs. There was also this particular photo of him – Marcelina said that it perfectly captured the moment when Tadziu just “gave up”. He looked so lonely and hopeless – it will forever break my heart because it reminds me that there are thousands of dogs that share this plight. 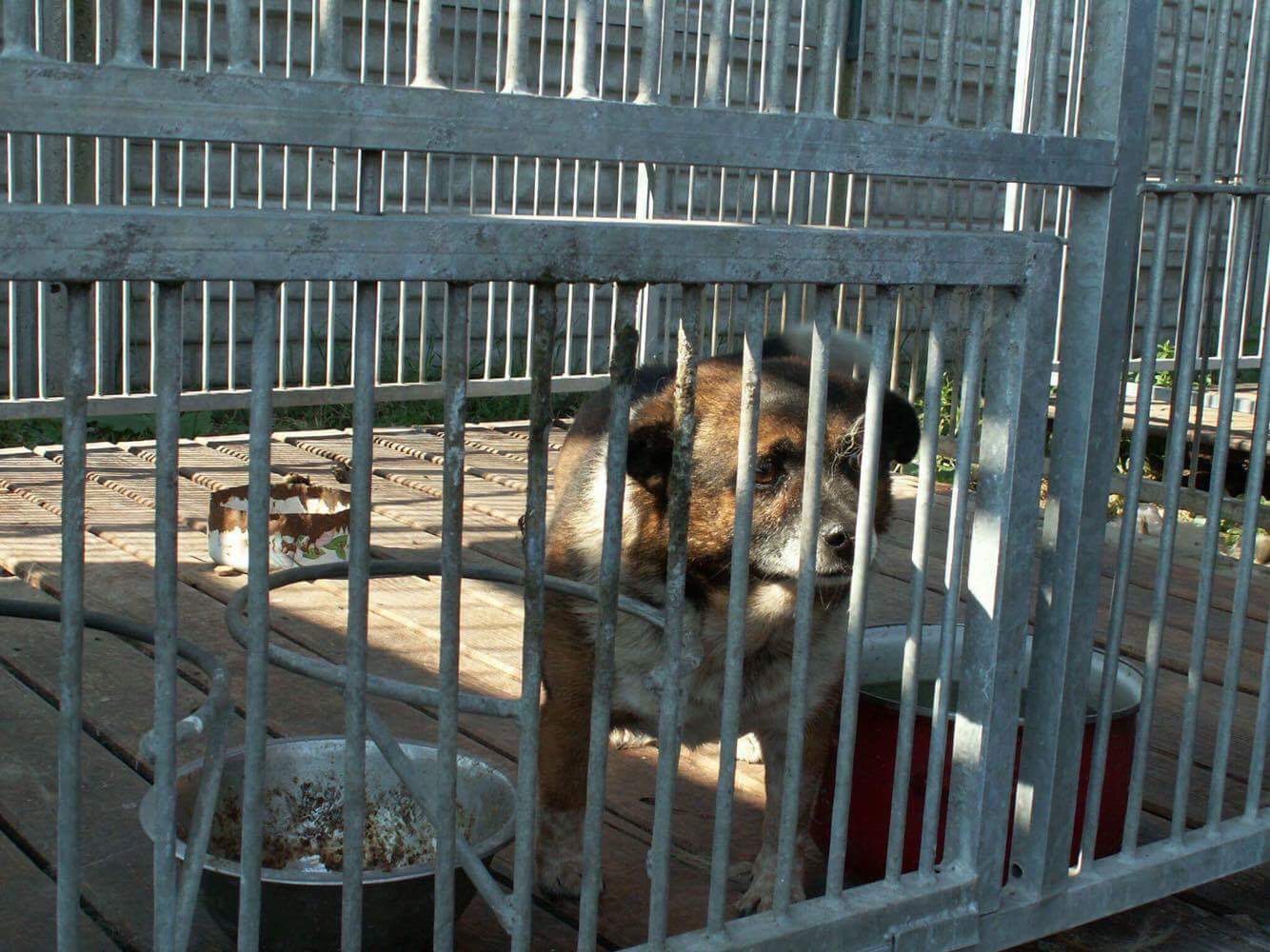 Tadziu in the dog shelter where the girls from Fundacja Zwierzęce SOS found him, (2016)

I held him in my arms in December 2016 for the first time. I didn’t have a clue what I was doing as I have never had a dog before. We had been however preparing stuff for Tadziu for two weeks (bed, leads, bowls, toys) before we hit the road to Poland. Marcelina was great and she gave us super professional handover notes and his passport. He was ours. We could take him home.

We stayed in Poland for over a week for Tadziu to settle in with us. He started showing his true colours after three days and we knew we were up for a challenge knowing it would not be as straightforward as one would think. But it was incredible to watch him start bonding with us over little time. 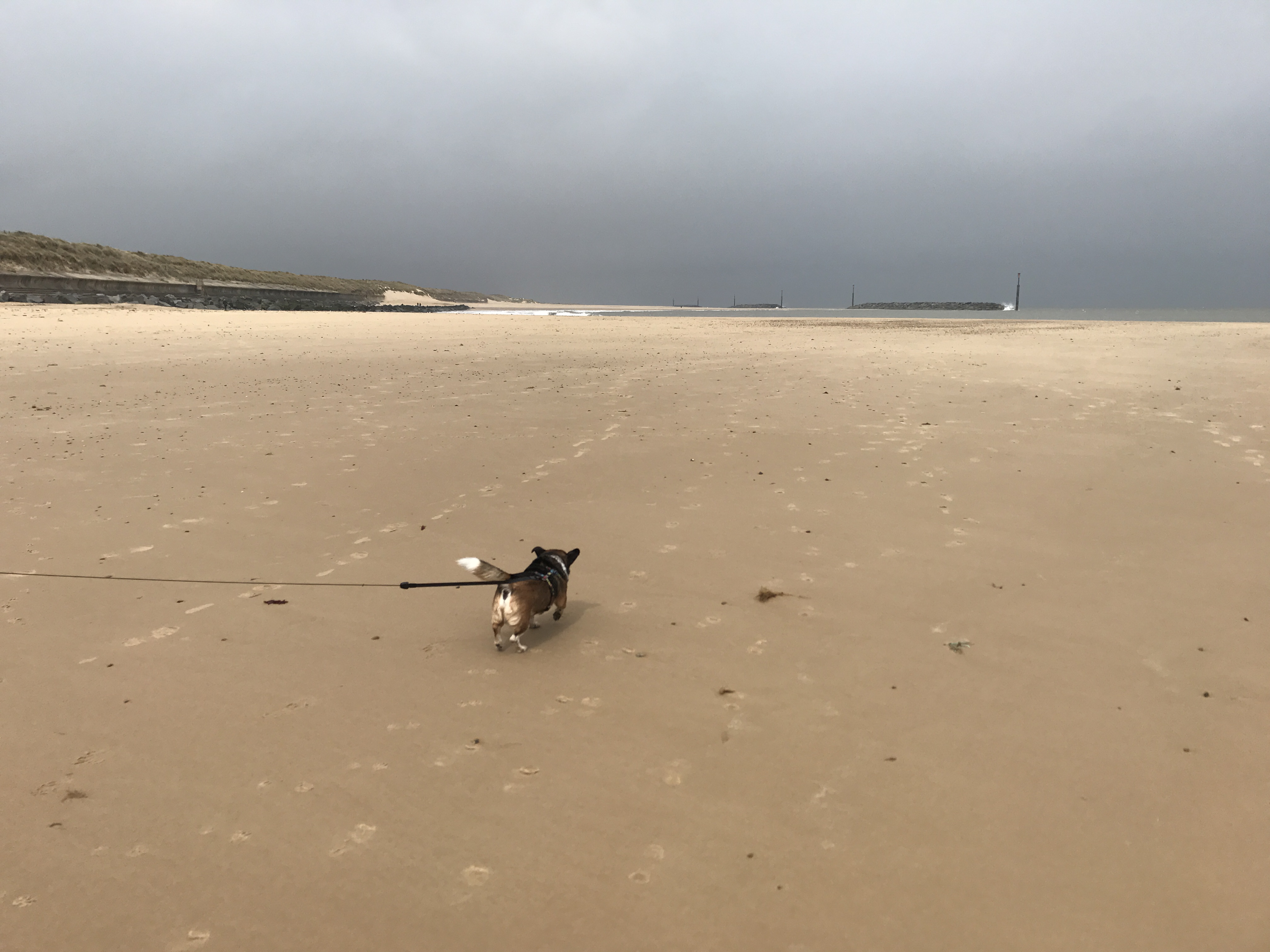 Seeing him snore (and oh, the boy can snore) peacefully, simply disarms me. Knowing that he’s safe and warm and happy, I hope, makes me feel that adopting him has been one of the most unselfish things I could ever do. Tadziu is Tadziu, and we have come to terms that he will forever be this untamed character with a certain reputation in the village and among SUP riders. He’s making progress though and he’s been praised already for being “real chilled”. Just don’t get him near Jay’s ‘Hey Dude Shoes’.

As I’m writing this story, Tadziu symbolically turns one. He’s been one full year with us in the UK. A year full of SUP adventures, dreams, challenges, some wins and some fails. He’s been with us through it all. And there’s nothing better than to know that he will never look up into the empty sky, hopelessly waiting for his humans.

I wanted to share Tadziu’s story because he’s the DUDE and there are thousands of dogs like him – you know, ‘the invisible ones’, the old and odd-looking ones, that are waiting to be seen… by us all. 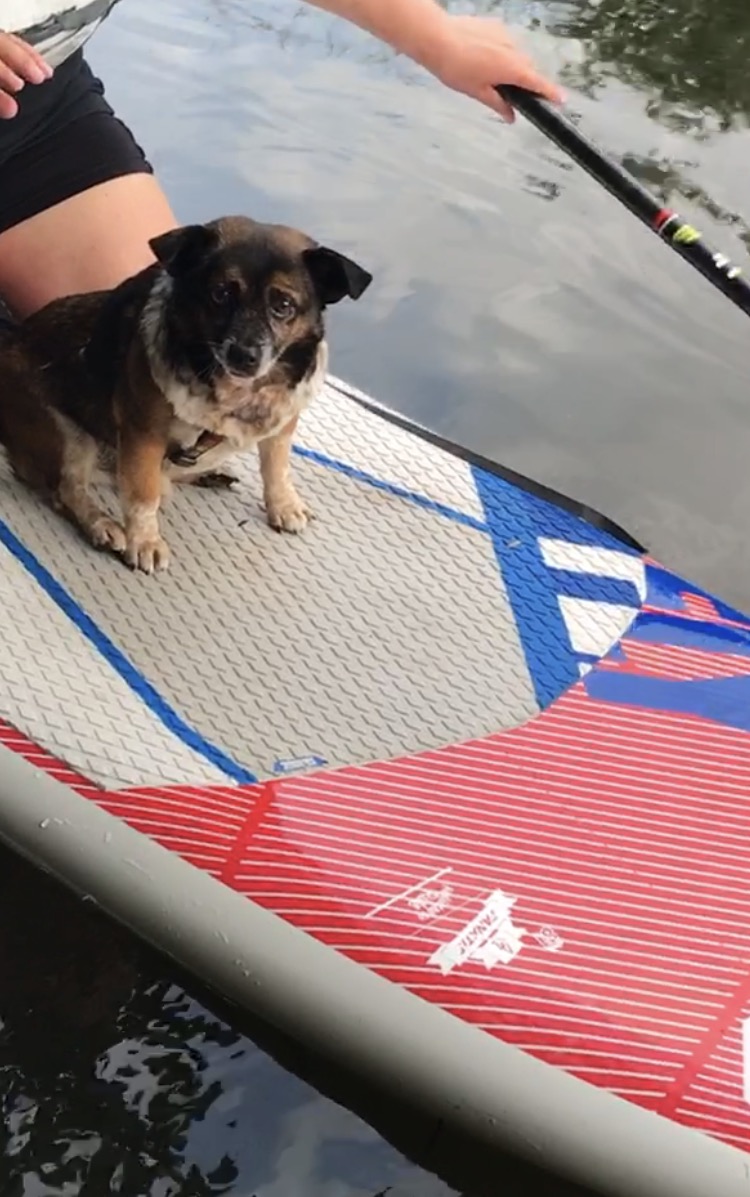